STAFF - MEET THE MEMBERS OF OUR TEAM

STAFF - MEET THE MEMBERS OF OUR TEAM

The Team Builders Plus Co-Founders Merrick Rosenberg, MBA – CEO
Merrick launched his career at the inception of the team building industry when he co-founded Team Builders Plus in 1991.Over the years, he created more than twenty team building programs and a dozen leadership training courses. He learned long ago what it means to truly engage training program participants. As a facilitator, he recognizes that “turn to a partner, have a two minute discussion, and then report out to the group” is not interactive training. He gained first-hand experience that training programs need to involve people on the physical, emotional, mental and even spiritual levels to create long-lasting change. This background served him well when Merrick worked with the Take Flight Learning staff to reimagine the DISC styles. Merrick co-authored Taking Flight: Master the DISC Styles to Transform Your Career, Your Relationships…Your Life as part of his personal vision to bring the DISC styles into the mainstream. For too long, DISC hasn’t been a model with a brand…and it’s time to change that. Merrick founded Take Flight Learning in 2012 to share his new approach to teaching the DISC styles with people all around the world. With his book now in eight languages and a growing global network of certified Taking Flight distributors, his dream is quickly becoming a reality. His company, Take Flight Learning, delivers world-class DISC training programs and materials that engage participants in a new kind of DISC session.

Merrick has worked with people at all levels, from line staff to mid and senior managers to CEOs. He is an experienced facilitator, executive coach, author, and entrepreneur.

He received his MBA specializing in Organizational Development from Drexel University who selected him as the Alumni Entrepreneur of the Year. As CEO of Team Builders Plus, he has repeatedly led the organization to one of the Fastest Growing Companies and Best Places to Work in the Philadelphia region. Under his leadership, Team Builders Plus was selected as the New Jersey Business of the Year by NJ Biz magazine.

Merrick is also an engaging speaker and presenter. He has been a featured guest on many television and radio shows across the country. He has spoken for organizations such as: TEDx, ASTD, the Society for Human Resource Management, the Project Management Institute, the International Society for Performance Improvement, the Employer’s Council, the American Society for Quality, and Vistage International.

Merrick has been published in numerous publications including, ASTD’s Training & Development magazine and Training magazine. 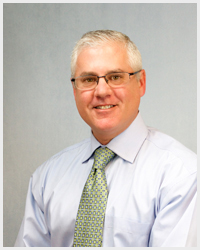 Jeffrey Backal, MBA – President
Jeff Backal, an entrepreneur, management consultant and trainer, co-founded Team Builders Plus in 1991 and now leads its’ parent company Take Flight Learning. Jeff’s passion for helping groups of individuals truly develop into cohesive teams; was his driving force to create Team Builders Plus and Take Flight Learning. Early in his career, he realized many individuals and companies have a strong desire to grow and Jeff wanted to find a way to help. This led Jeff to spending much of his time working closely with clients to understand their culture, identifying their development needs and recommending solutions to help them achieve their goals. Since co-founding both companies, tens of thousands of individuals, teams and organizations from around the globe have benefited from Jeff’s dedication to creating better work environments. His clients range from small businesses to 60% of the current Fortune 100 Companies.

Not only was Jeff the recipient of The HR Consultant of the Year (voted on by 8 SHRM chapters throughout NJ, PA & DE), his company has been honored with a variety of distinguished awards, including Fastest Growing Company and Best Places to Work in the Philadelphia Region, as well as NJ and was voted the Business of the Year in New Jersey. He received his MBA from Drexel University, who selected him (jointly with his partner Merrick Rosenberg) as the Alumni Entrepreneur of the Year.

Throughout Jeff’s career, he has and is currently serving on several Boards of Directors and Executive Advisor Boards including: The Kimmel Center for the Performing Arts, Steininger Behavioral Care Services, Twin Oaks Community Services, DVBLA, Performance Support Systems and Vital Learning.

You might be surprised to know that while leading his company and spending quality time with his wife and 3 children, Jeff also found the time to coach all types of youth teams include: soccer, wrestling, basketball, baseball and softball. Jeff is an avid Philadelphia Eagle’s fan and has been a season ticket holder his entire life!

TEAM BUILDERS PLUS – OUR TEAM

Our dedicated staff put the “team” in Team Builders Plus! Each member of our dynamic group, comprised of facilitators, sales consultants, marketing and public relations specialists, survey administrators, and logistical coordinators, contributes to what makes us a leader in corporate team building activities and events – and ultimately the best fit or your organization.

Team members gladly wear multiple hats and pitch in whenever and wherever needed to ensure the best possible experience and outcomes for our clients. Our accomplished facilitators provide individual team and organizational assessments, creative, educational, and effective team building programs, performance coaching, and leadership development for organizations worldwide.

Our dynamic and engaging facilitators are at the core of what Team Builders Plus is all about. Their extensive experience in human resources and/or organizational and professional development spans organizational hierarchies – from entry level employees and new hires to senior level executives. They are also prepared to lead a full range of programs, including fun philanthropic team building exercises and intensive senior leadership interventions. Collectively, they have worked with thousands of companies, government agencies, and more than two-thirds of the current Fortune 100 companies.

Choose Team Builders Plus and work with top notch talent to guide your organization through interactive, thought-provoking activities and experience a positive, lasting impact.

GET MORE INFORMATION ON OUR TEAM BUILDING ACTIVITIES
OUR MOST POPULAR PROGRAMS INCLUDE:
ScavengerQuest | Wheels for the World | Harmonia | You Take the Cake! | Mini Golf Charity Classic | Intergalactic Adventure | Taking Flight with DISC | SmileKits

Clear Clear All
Skip to toolbar